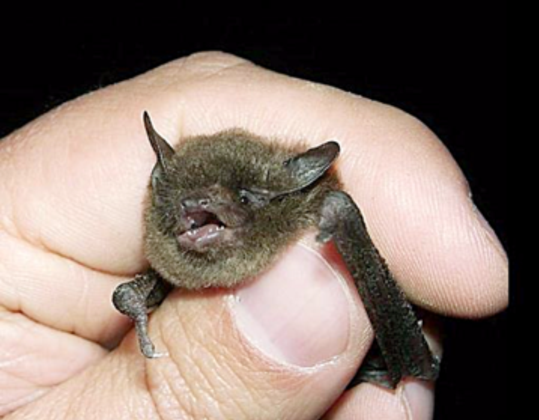 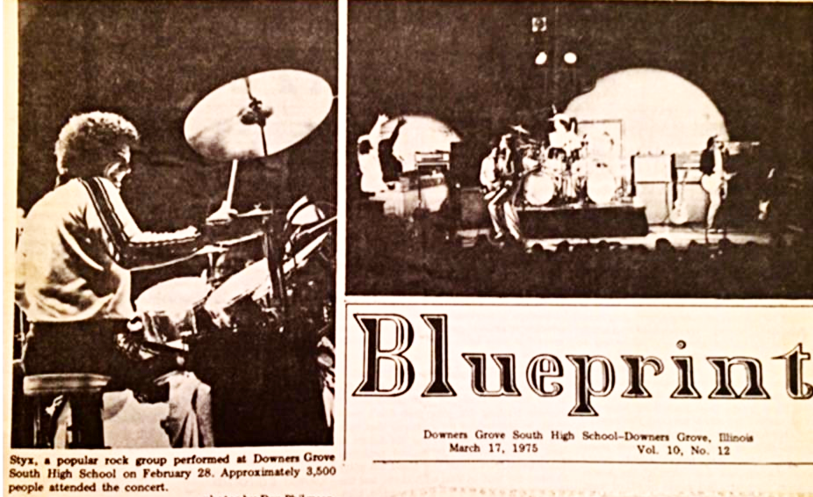 All the Medals Burned with my House

​​I started with being granted access to Brookfield Zoo’s live Vampire Bats in junior high school, followed by high school and college studies of local bat populations; concentrating on the natural history, biology and ecology of hibernating bats and keeping an interest that remains to this day.

Among the recognition given to my work were 12  “Outstanding” certificates (highest possible ranking) from the IJAS, more than anyone else has ever won to this day over the now nearly 100 year history of the academy.

Also awards of recognition were given by the Illinois Federation of Women’s Clubs and Illinois State University.

Over 1,000,000 students from throughout the world would compete to qualify and attend the 26th International Science & Engineering Exposition, where a single 1st Place award was given in each of 13 categories, and I won for Zoology.

Lab space was given over to my use for portions of my Junior and Senior years in the Biology Building of Argonne National Labs.

It was during high school that I was first covered by national media, including ABC, AP and the National Enquirer and learned how to handle the media. 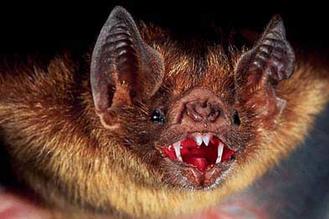 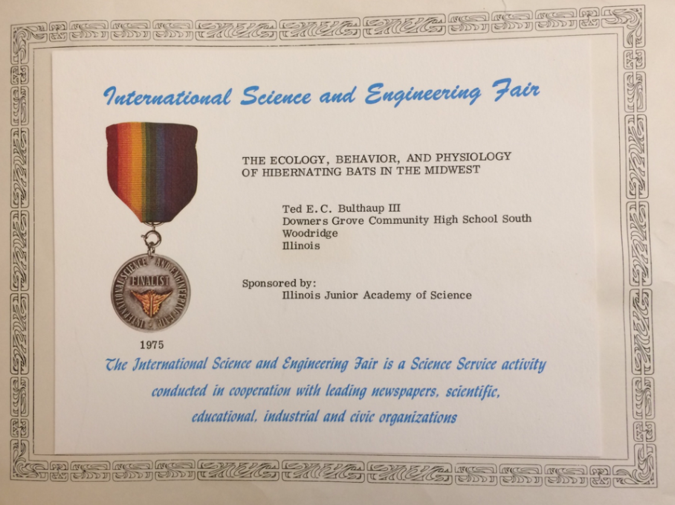 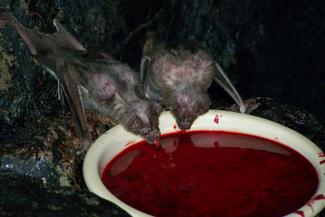 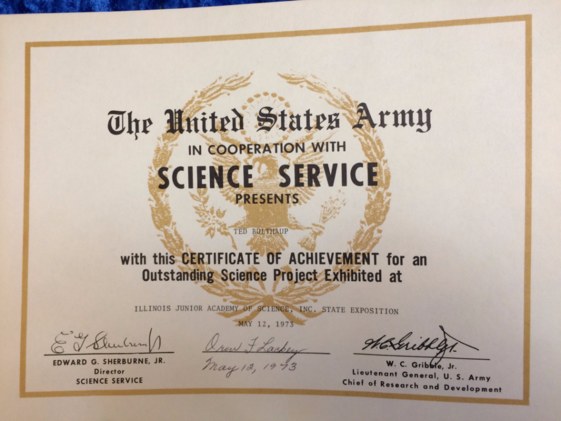 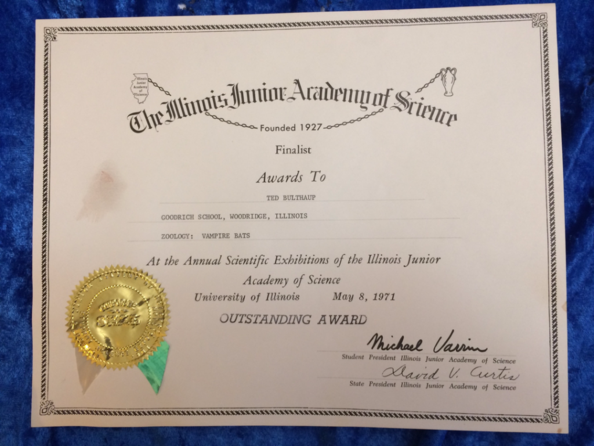 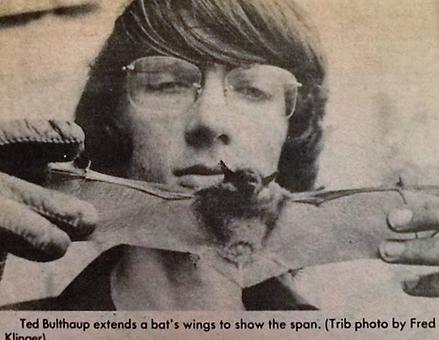 Bulthaup attended both Northern Illinois University for Biology followed by DePaul University for Business Administration for a total of 4 years, all on scholarships.  Early education included being named to the National Honor Society and chosen President of the Senior Class at Downers Grove South High School, which is still the only graduating class to leave a surplus in the treasury.  Bulthaup managed to hire the band ‘Styx’ to perform at the high school the same month their song “Lady” hit “Number 1” on the national charts.

Interested in many things, especially American History, science and nature, Ted still holds the record for the most 1st Place Science Awards in the State of Illinois and, among other awards, won the International Science & Engineering First Prize for Zoology for his work on the biology of hibernating bats. Over 1,000,000 students were in the worldwide competition. He first worked with captive Vampire Bats at Brookfield Zoo in 7th grade and later had laboratory space and equipment at Argonne National Lab’s Biology Building donated for use in his work during his junior and senior years of High School.

Between the ages of 12 and 21, Bulthaup gained a national reputation for this work, was a guest lecturer at various high schools, colleges and the US Naval Research Center in San Diego.  Bulthaup was widely covered for this work in local and national media.   The first national television coverage was with Frank Reynolds on the NBC evening news, and later in “Real People” with Sarah Purcell; also the Associated Press, Chicago Tribune, National Enquirer, etc., and was asked to write an article about his work for National Geographic at age 18, and to locate at the Panama Research Station on Barro Colorado Island for a summer of field work.